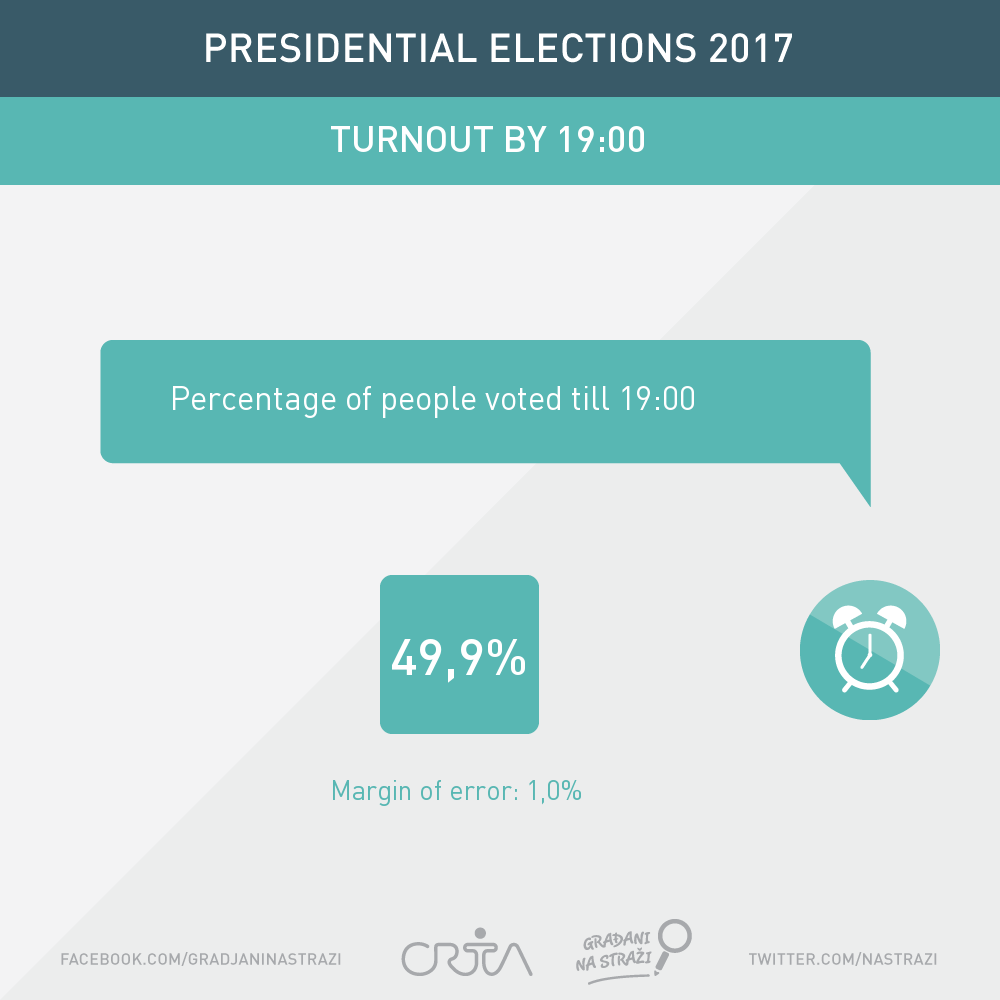 A total of 49.9 percent of citizens listed in the voters list voted at the Serbian presidential elections until 7 pm, the CRTA election observation mission ‘Citizens on Watch’ stated. Margin of error was +/- 1 percent. In comparison to the last year’s parliamentary elections, this is the turnout of 3.2 percent less voters until 7 pm.

Observers deployed to the random and representative sample of 450 polling stations reported that voting process by 7 pm was conducted mainly in accordance with established procedures.

In comparison to the observation results at 4 pm, the slight increase in the percentage of irregularities at polling stations, from one to three percent, was recorded. This percentage still refers to isolated incidents that cannot be considered a trend that would influence the regularity of the voting process. Recorded irregularities included voting without identification documents, not checking voters’ identification prior to voting and handling of parallel voters lists. Distribution of campaign material less than 50 meters from the polling station was not recorded in this period.

In Zajecar, Alibunar and Knjazevac police stations were opened outside of working ours with the purpose to issue the confirmation that voters without a valid ID card had submitted the request for the issuance of the new ID card. The CRTA election observation ‘Citizens on Watch’ mobile team confirmed that the replacement of ID cards was organized for 50 voters in Alibunar.

The CRTA election observation mission ‘Citizens on Watch’ does not have observes in the territory of Kosovo and Metohija, abroad, or within the Bureau of Prisons.

The next public statement of the CRTA election observation mission ‘Citizens on Watch’ is scheduled for after the presidential elections vote count and processing of data collected within the sample (around 10 pm).