Parliamentary Insider for December 2018 brings monthly analyses of the work of the National Assembly of the Republic of Serbia, including law summaries and key novelties introduced by the adopted laws, that are, for the first time, accessible in English. December is the month in which parliamentary statistics hit its peaks – with the largest amounts of merged items (62) at the parliamentary agenda for the entire 11th convocation – but the Open Parliament has also recorded a significant increase of the number of crucial pieces – new laws and amendments to laws – adopted by urgent procedure. Parliamentary year may have come to an end, but the new year may bring further decline in the quality of parliamentarism if the recorded practice continues. 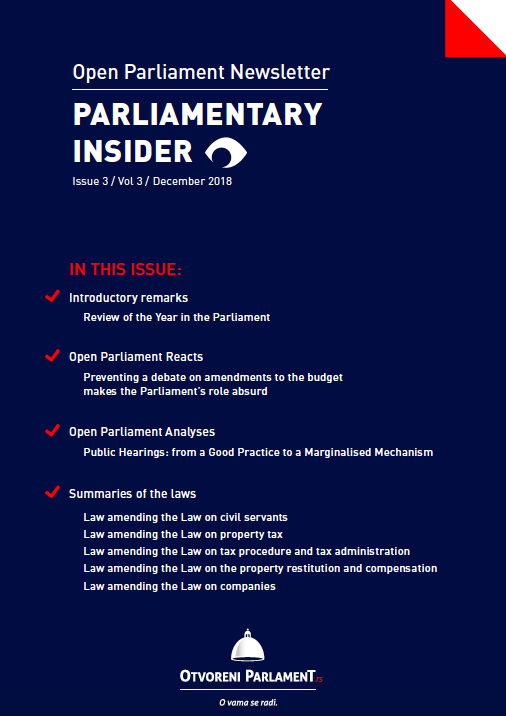