Irregularities recorded at six percent of polling stations until 1 pm 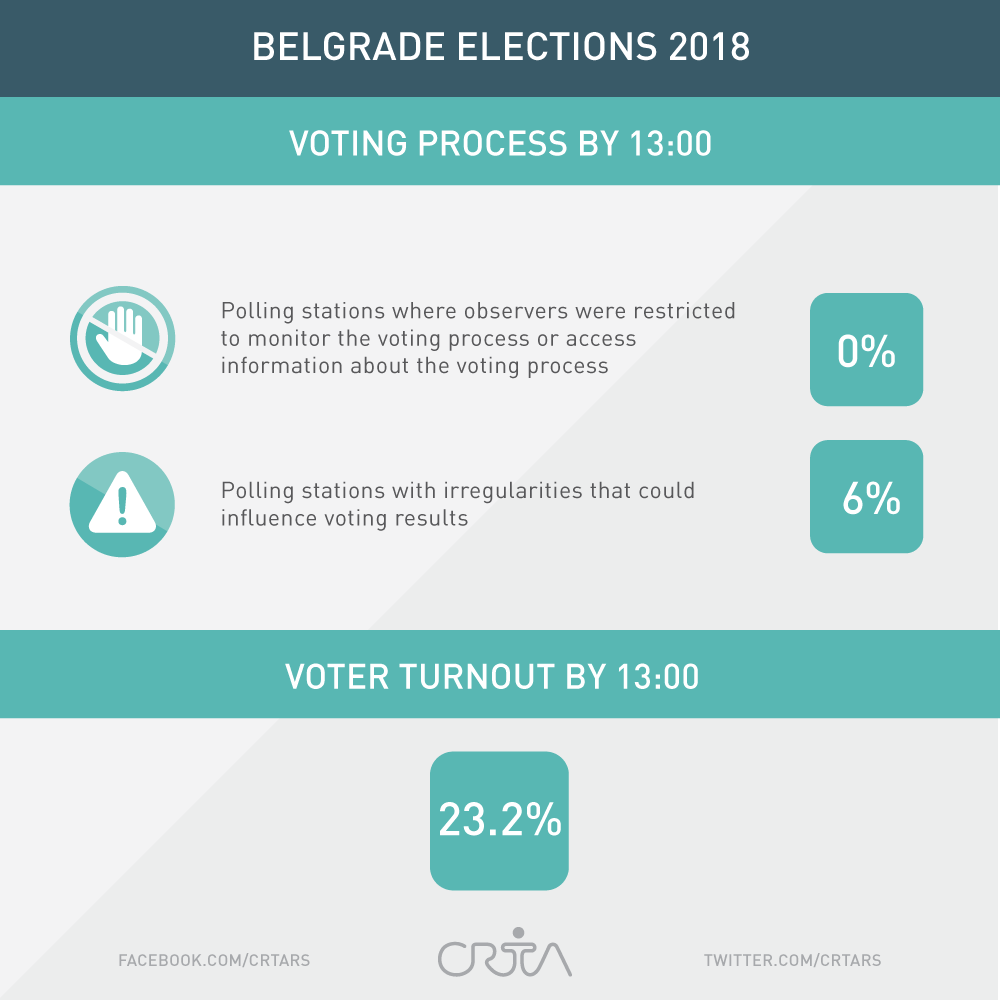 A total of 23,2 percent of citizens registered in the voters list have voted at the Belgrade City Council elections until 1 pm. Margin of error was +/- 0,3 percent.

CRTA election observation mission will issue the next public statement at 6 pm. You may follow the conference live at the website CRTA.rs or at the Facebook page CRTA.rs.