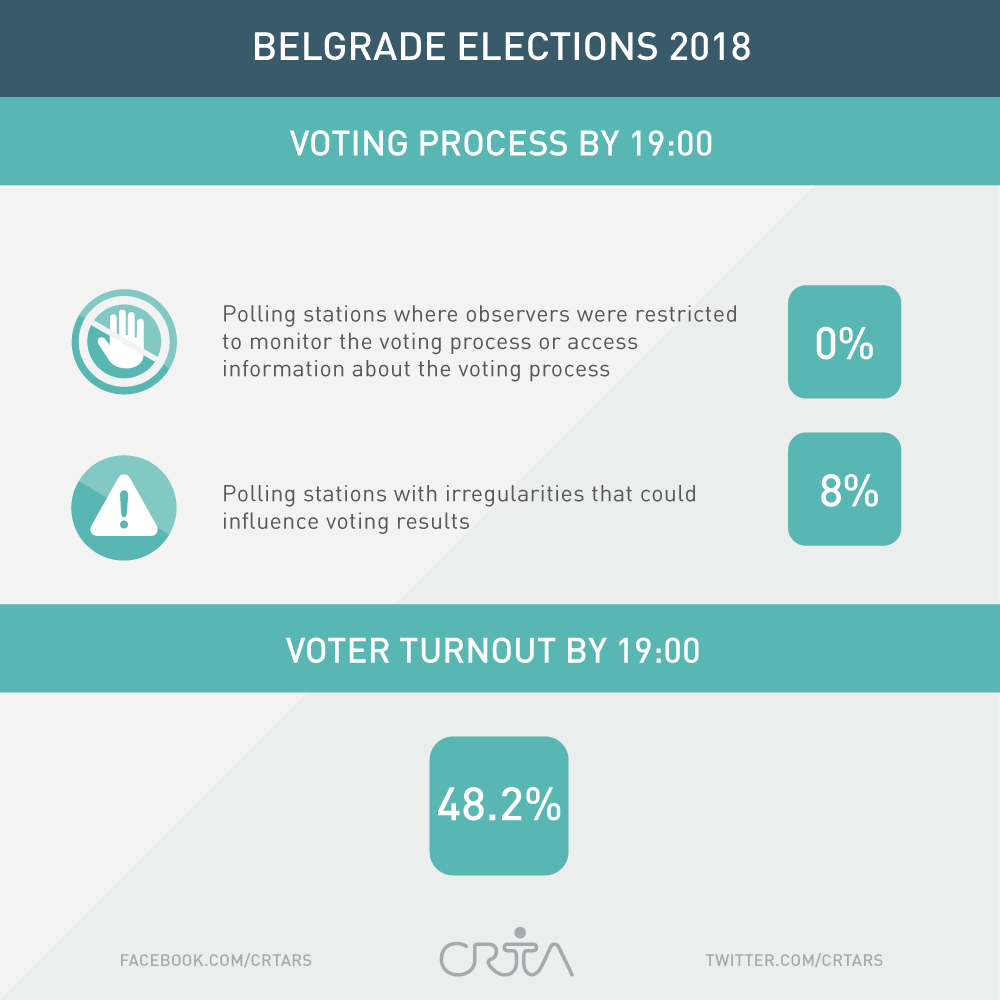 A total of 48,2 percent of citizens registered in the voters list have voted at the Belgrade City Council elections until 7 pm. Margin of error was +/- 0,4 percent.

CRTA election observation mission will issue the next public statement after the vote count and processing of data within its sample (around 10 pm). You may follow the conference live at the website CRTA.rs or at the Facebook page CRTA.rs.