Recommendations for the improvement of the work of the National Assembly presented at the conference “Parliament – what’s next?” 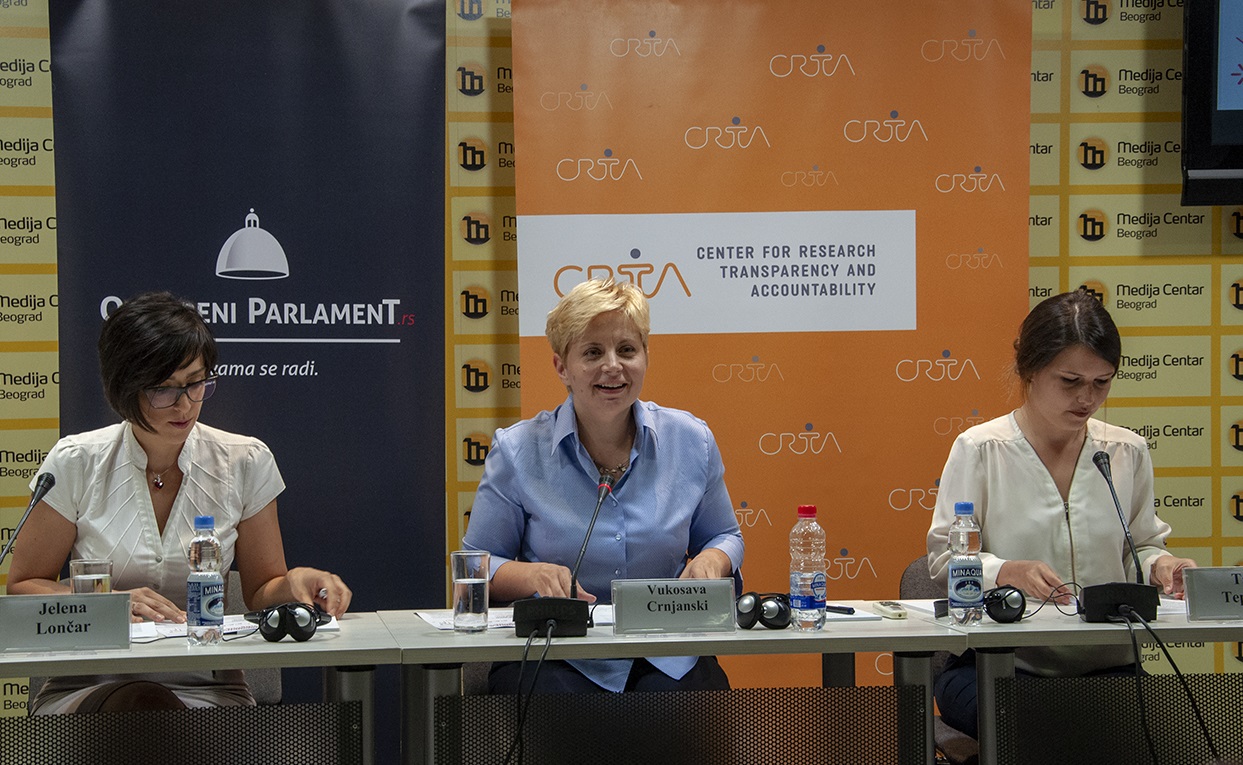 In order to contribute to the initiation of the democratic functioning of the Parliament, the CRTA has made 46 recommendations relating to the process of adopting laws, strengthening parliamentary control over the executive, increasing public involvement and improving cooperation with independent institutions.

The recommendations have been conceived thanks to the systematic, long-standing monitoring of the work of the Parliament within the Open Parliament initiative, with the intention to make them as concrete as possible and applicable as soon as possible. The issues they deal with, such as the adoption of a large number of laws without an actual debate, rare and superficial use of parliamentary control mechanisms, have been noted in the European Commission report. Two out of three laws and amendments to the law were adopted by urgent procedure. The position of the National Assembly is degraded due to the lack of public hearings and the frequent abuse of procedures and obstructions of the work of the Parliament. The space for a quality dialogue in the Assembly plenum has been reduced.

Tara Tepavac, coordinator of the Open Parliament initiative added that the debate in the very plenum is brought down to attacks of different dissents instead of putting the essence and the contents of laws in the focus.

“Parliamentary control continues to collapse, and examples of good practice of the past convocations, such as public hearings, no longer exist. The problem of Parliament’s work is twofold: certain mechanisms are not sufficiently defined nor developed, and on the other hand, there is a problem in the way in which the existing mechanisms are applied.  Moreover, it is necessary to adopt the annual work plan of the Assembly, which has not been done lately, as it affects the better preparedness of the MPs; and the public would have the opportunity to get acquainted with the work plan of the Parliament“, said Tepavac.

Jelena Lončar, assistant professor at the Faculty of Political Science in Belgrade, pointed out that we are currently witnessing the collapse of democracy when it comes to the work of the Parliament.

“The problem is specifically perceivable when it comes to the legislative and controlling function of the Parliament. Besides, there is a number of problems, such as the adoption of laws, laws being adopted by urgent procedures, obstructions of the Parliament’s work, abuse of procedures, and a complete absence of public hearings which used to be established as a good practice. It is indispensable that MPs render accounts for their acts to the public. This is why it is imperative to improve the communication with citizens.“, concluded Lončar.

The CRTA and the Open Parliament invite all stakeholders of the political life, civil society, academic society and media to participate in the dialogue on the improvement of the parliamentary life in Serbia.

You can view the entire conference here.