After several months in which political pluralism was almost non-existent due to the dominance of government representatives on television stations with national coverage, CRTA’s data show that during the first three weeks of the campaign there was a change in the coverage and reporting of opposition election actors. This change is marked by growing media representation of the opposition, which is a consequence of the introduction of blocks of election programming on television stations with national coverage. Nevertheless, further analysis of the data shows bias in the reporting on both government candidates and some opposition candidates. 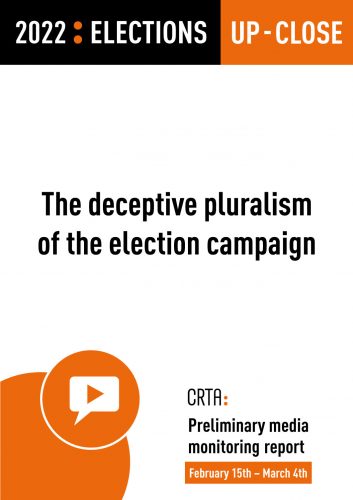