Corruption and Organised Criminal in Serbia – What is the Price of Integrity?

According to the latest annual report published by Transparency International, Serbia is down for four ranks in the Corruption Perception Index compared to the previous year. Serbia’s decline in rankings for such reports is not surprising since primary strategic documents are often “forgotten”, the laws are adopted in order to meet the international community requirements while in practice the laws are neither applied nor observed. The whistle-blowers who are playing an important role in reporting corruption are not protected, and often have to endure the pressure from the institutions. Insufficient control of financing political parties is also affected by the corruption, and political pressure continues to be noticeable at all institutional levels, starting from independent authorities such as Anti-Corruption Agency work, all the way to the police and prosecution. 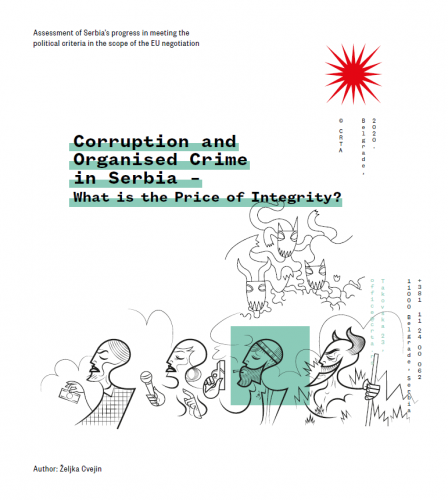