Extremely uneven representation of ruling parties and the opposition – this is the main finding of CRTA’s year long post-election media content analysis of central news on televisions with national coverage: RTS, Pink, Prva, Happy, and B92. Between July 2020 and the end of June 2021, representatives of the ruling majority garnered as much as 93% of time in television programme covering political actors, while the opposition was present in the remaining 7% of time. 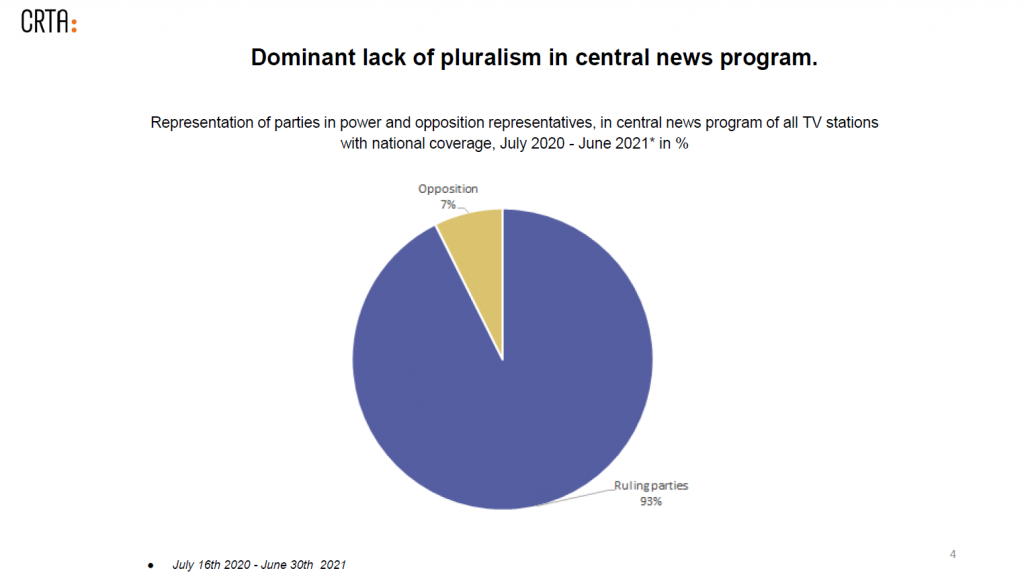 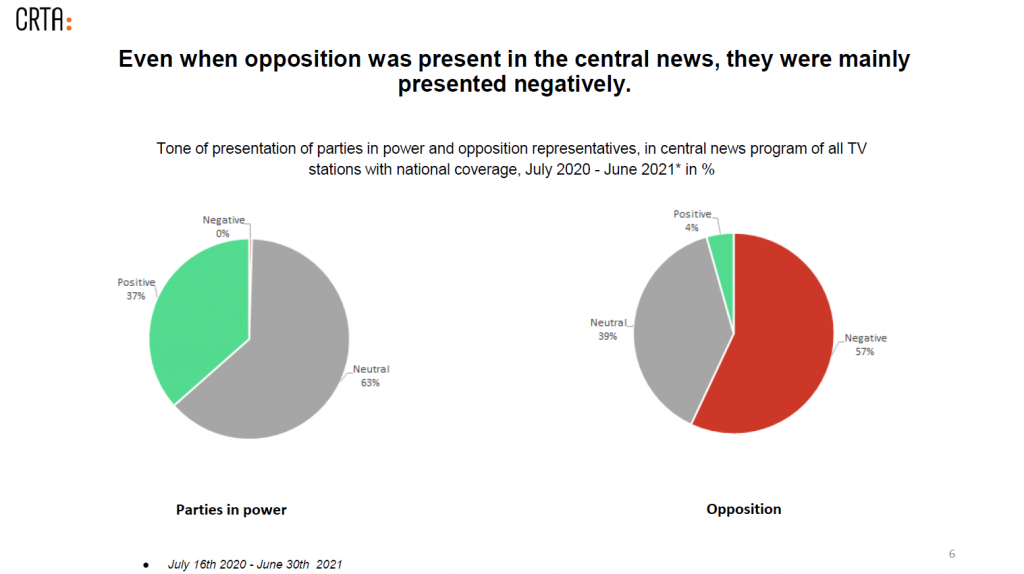 In the past year, the trend of Aleksandar Vučić’s high media presence remained stable from month to month. The President of Serbia and of the Serbian Progressive Party was basically “every second” interlocutor in television news, seeing as 50% of the total time reserved for Serbian politicians was dedicated to him.

Visible inequality in access to the media is just a continuation of a trend that was visible before the parliamentary elections as well, and was only briefly interrupted by a somewhat more balanced media landscape during the official electoral campaign.

Such partiality in central informative programmes is especially worrying due to the fact that television remains the dominant source of information for the majority of citizens in Serbia, and even more so having in mind the influence that television stations with national coverage exercise in comparison to cable television.

Besides the presence in central news, another documented trend points to a constantly high number of live appearances of President Vučić – both through live television coverage of various events, and through live appearances in tv shows. There is an evident increase of live appearances in the last couple of months. President Vučić addressed citizens of Serbia every second day between October 2020 and March 2021, while between March and June 2021, his addresses on television were delivered almost on a daily basis (29 times in March, 24 in April, 29 in May, and 28 in June). 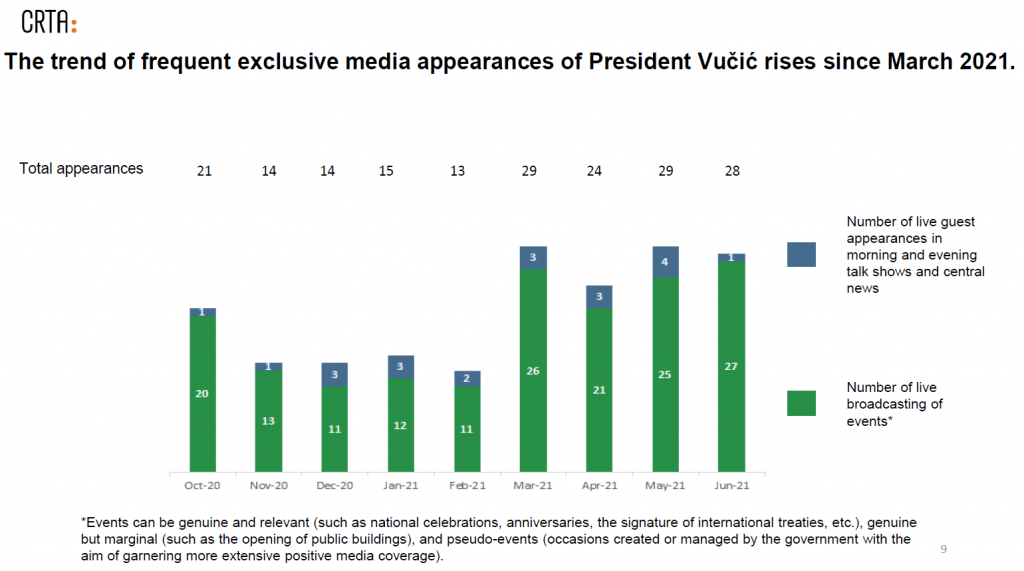 CRTA’s media monitoring findings are yet another indicator that central news on televisions with national coverage are almost entirely stripped of political pluralism, and that citizens are denied of their right to objective information. By consuming media content, citizens form their opinions long before the official start of the election campaign, which is why it is highly important to consider the media landscape for a longer period of time before the campaign when determining whether the conditions for fair and free elections are indeed met.