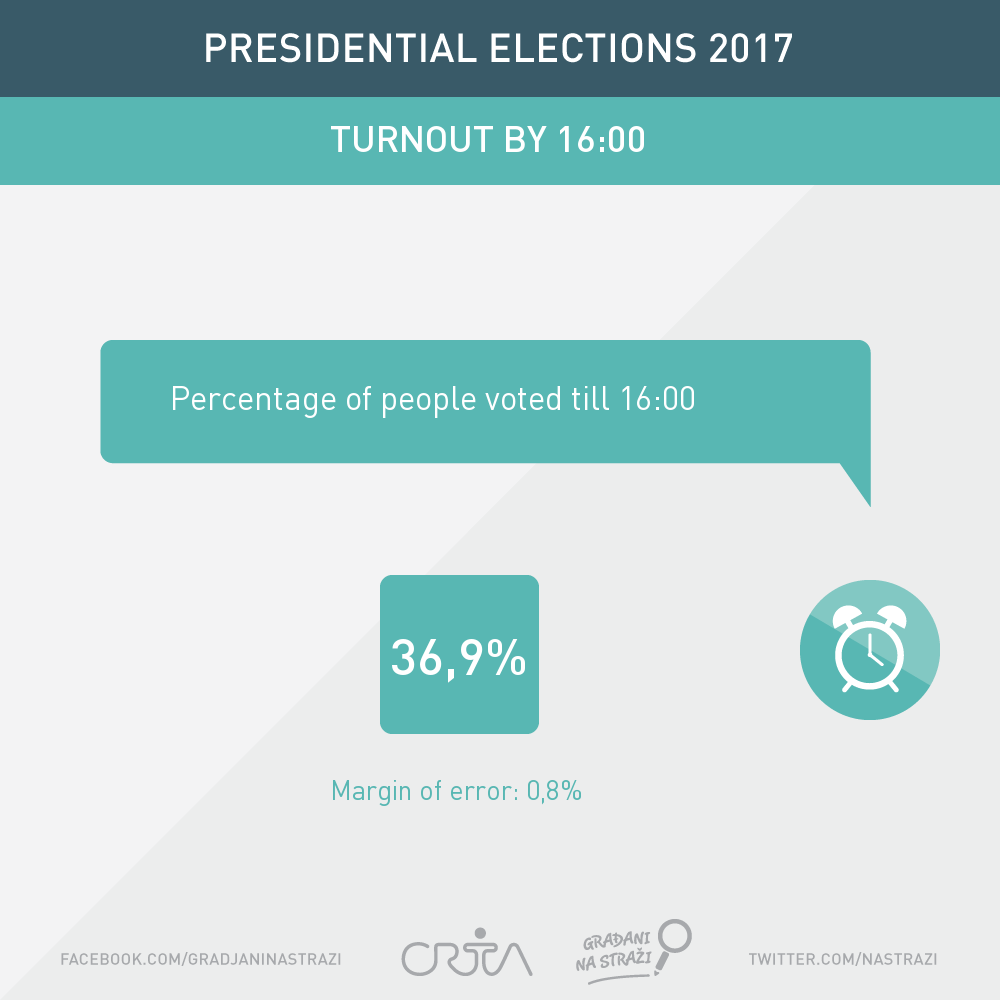 A total of 37 percent of citizens listed in the voters list have voted at the Serbian presidential elections until 4 pm, the CRTA election observation mission ‘Citizens on Watch’ stated. Margin of error was +/- 0.8 percent. In comparison to the last year’s parliamentary elections, this is the turnout of 2.6 percent less voters until 4 pm.

Observers deployed to the random and representative sample of 450 polling stations report that voting process is conducted mainly in accordance with established procedures. The percentage of recorded irregularities remains at two percent. They mainly include not checking voters’ identification prior to voting and handling parallel voters lists. The percentage of cases of distribution of campaign material less than 50 meters from the polling station was reduced to one percent.

Recorded irregularities still include isolated incidents that cannot be considered a trend that would influence the regularity of the voting process. 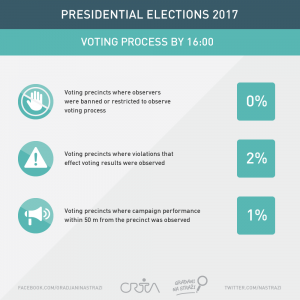 The CRTA election observation mission ‘Citizens on Watch’ recorded several individual cases where voters were not allowed to vote since someone else had already voted on their behalf, as evidenced through the voters list. The two such cases were recorded in Leskovac and one in Novi Sad, where voters were ultimately allowed to cast a vote by placing the signature at a different place in the voters list.

Citizens also reported several cases of rather high number of voters who requested to vote outside of polling stations in Kovin, Dolovo, Starcevo, Alibunar and Savski venac in Belgrade. 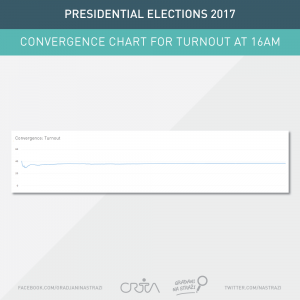 The next public statement of the CRTA election observation mission ‘Citizens on Watch’ is scheduled for 8:15 pm.