Voter turnout by 10 am lower than in parliamentary and presidential elections, irregularities recorded

A total of seven percent of citizens registered in the voters list have voted at the Belgrade City Council elections until 10 am, the CRTA election observation mission stated. Margin of error was +/- 0,1 percent. In comparison with 2017 presidential elections voter turnout by 10 am is lower by 2,79 percent, and lower than 1,3 percent when compared to parliamentary elections.

Observers deployed to a random and representative sample of 450 polling stations recorded irregularities at five percent of polling stations by 10 am, including parallel lists of voters not registered in the voters list at the polling station, the use of mobile phones and taking photographs of voters, as well as breaches of procedure regarding the cast of control ballot in the ballot box at the beginning of the voting process and voting without a valid identification document. 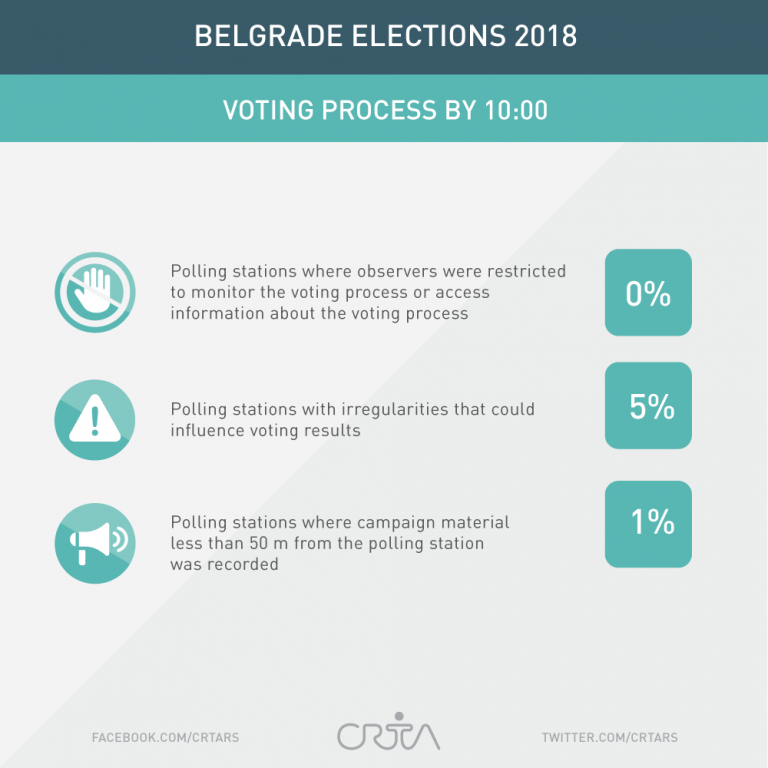 Campaigning less than 50 meters from the polling station was recorded at one percent of polls.

CRTA election observation mission will issue the next public statement at 3pm. You may follow the conference live at the website CRTA.rs or at the Facebook page CRTA.rs.