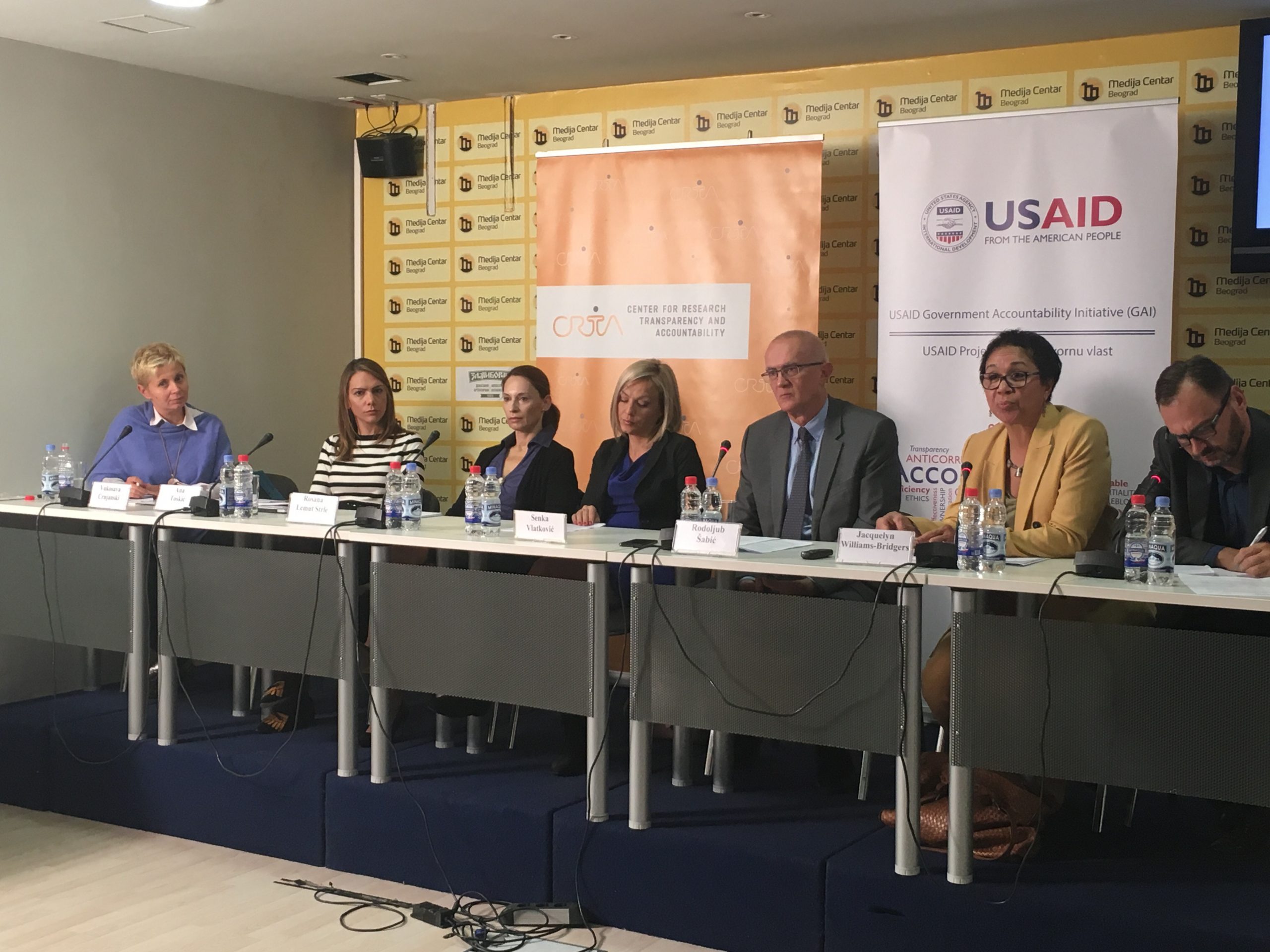 The public’s right to know is the foundation of every democratic society, whereas the Law on Free Access to Information of Public Importance is the basis of a successful fight against corruption. This is the conclusion of the forum “Why is the free access to information important to us“ organised by the CRTA and the USAID Government Accountability Initiative (GAI) within the first Week of the Public’s Right to Know.

A comparative experience from Slovenia was transmitted by the former Deputy Commissioner for Information of Public Importance of this country, saying that this right in Slovenia is much broader than in Serbia. Unlike the Serbian Draft Law that proposes to exclude capital societies, in Slovenia even the banks in which the state invested the money must abide by this Law. “In Slovenia, the media are entitled to ask questions and not only to seek information contained in the documents. The deadline for this is seven days, and if a journalist does not get an answer, there will be consequences in the public.

The experience of civil society in Serbia has been described by Ana Toskić from Partners Serbia, stressing that she is not sure whether it is encouraging or disappointing that after 14 years we defend and promote a right that should have been well-grounded by now. The Insider journalist Senka Vlatković Odavić said that journalists used that tool in their everyday work. “We have found ourselves in a situation that we need to ask everyday questions in an email instead of getting answers from spokespersons of the institutions. It then becomes a formal matter. Very often we don’t have the answers. We are sending demands for free access to information of public importance more and more often and this is why in 2009 we broadcast a show prepared in its entirety out of information obtained owing to this Law”, she explained.

Apply for the School of Independent Election Observation