Parliamentary Insider for April, May and June 2019

From the introduction of a life sentence to lawfully bribing and tipping physicians, spring in the Parliament was marked by a set of important laws. The opposition boycotted the Parliament whereby daily arguments outside the agenda and altercations with the dissents still dominated the plenum. The epilogue of the European Commission Report for 2019 is the announcement of a turning point in the work of the National Assembly. Parliamentary Insider for April, May and June 2019 brings analyses of the work of the National Assembly of the Republic of Serbia, including law summaries and key novelties introduced by the adopted laws. 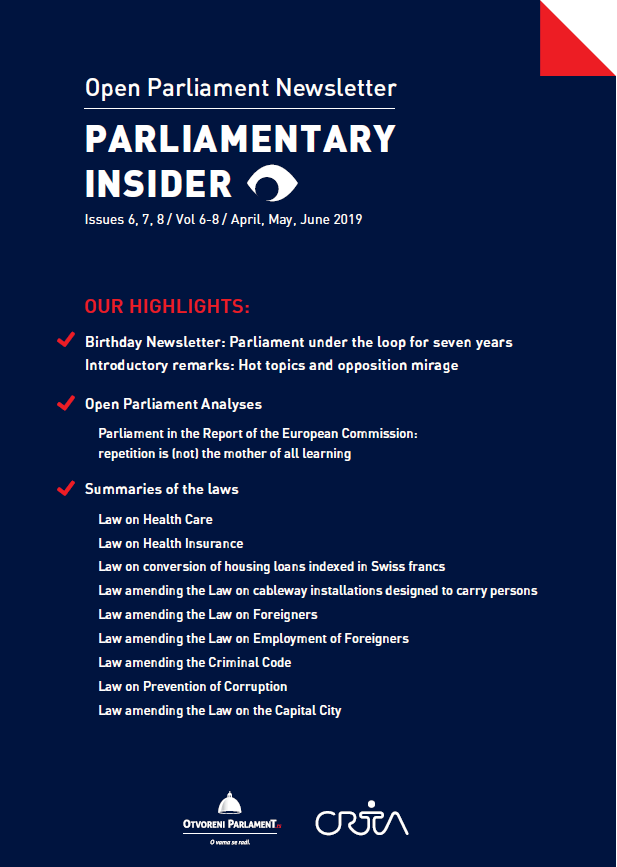