Parliamentary Insider for March 2019 brings monthly analyses of the work of the National Assembly of the Republic of Serbia, including law summaries and key novelties introduced by the adopted laws. A part of the opposition MPs carried on with their boycott in March as well, and in the Assembly Hall, the abuse of procedures and discussions on topics unrelated to the agenda continued. The agenda included two proposals from the opposition party League of Social Democrats of Vojvodina MPs. 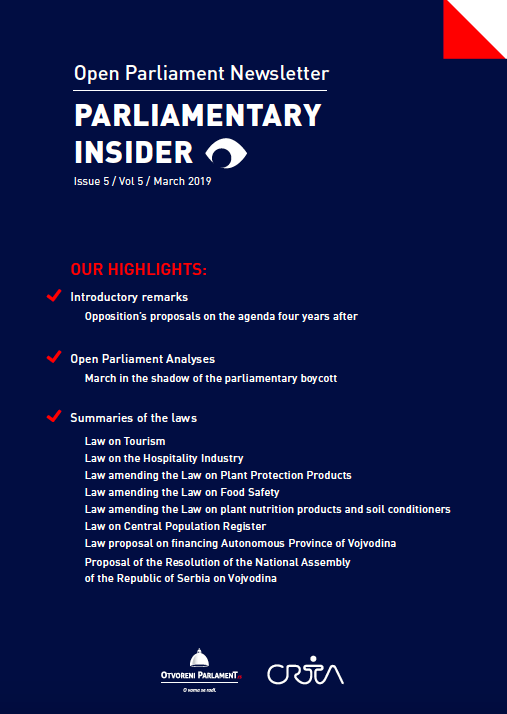