Parliamentary Insider for February 2019 brings monthly analyses of the work of the National Assembly of the Republic of Serbia, including law summaries and key novelties introduced by the adopted laws, that are, for the first time, accessible in English. The beginning of the new year in the parliament has been marked with the boycott of a part of the opposition, due to which in February 2019, at the 11th Extraordinary Session, some MPs seats remained empty. While the boycott will for sure mark the spring session that is about to begin, it seems that the abuse of parliamentary procedures will occur after all, and also diverting the discussion to the topics which are not a part of the agenda. Furthermore, the extraordinary session has demonstrated that the absence of MPs from the opposition coincides with the absence of the amendments which had been used by the MPs of the ruling majority during the entire 2018 in order to prevent the meaningful plenary debate. 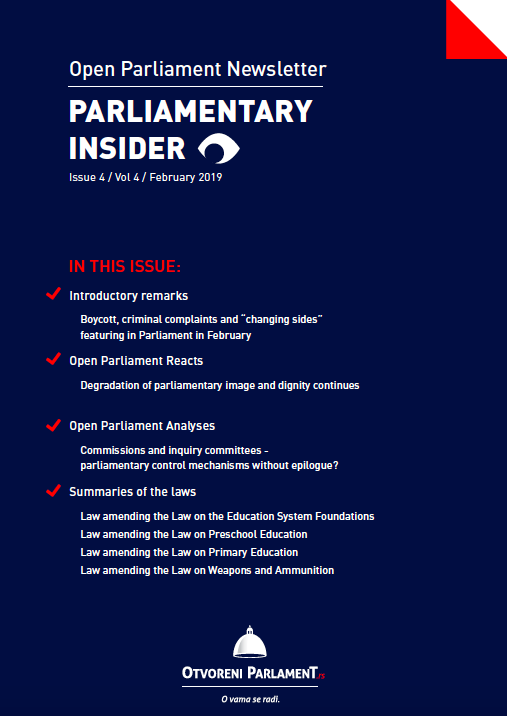