Many a paper-makes a subject: A reflection on the public administration reform

“Administration tailored for all of us” is a message of the ongoing advertising campaign seen on TV, billboards and trams. It is funded by the EU. Is our administration serious about this? Fifteen years since the beginning of the reform, the results are barely visible from the citizens’ point of view. You still have to “walk” from counter to counter for the majority of public administration services. The majority of adopted regulations has little impact in practice. It is still a mystery of how big is the public administration. Despite the ban on public sector employment, the alternative methods, such as fixed-term employment contract, are still used as instruments for manipulating the number of employees. As mentioned earlier, this is yet another measure imposed through the conditioning of the foreign actors – the IMF. Finally, what will our public administration undertake to become more efficient and professional? 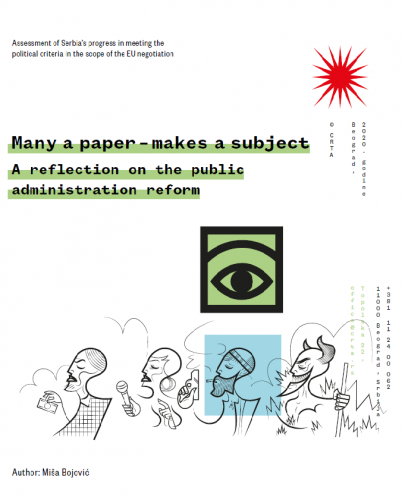