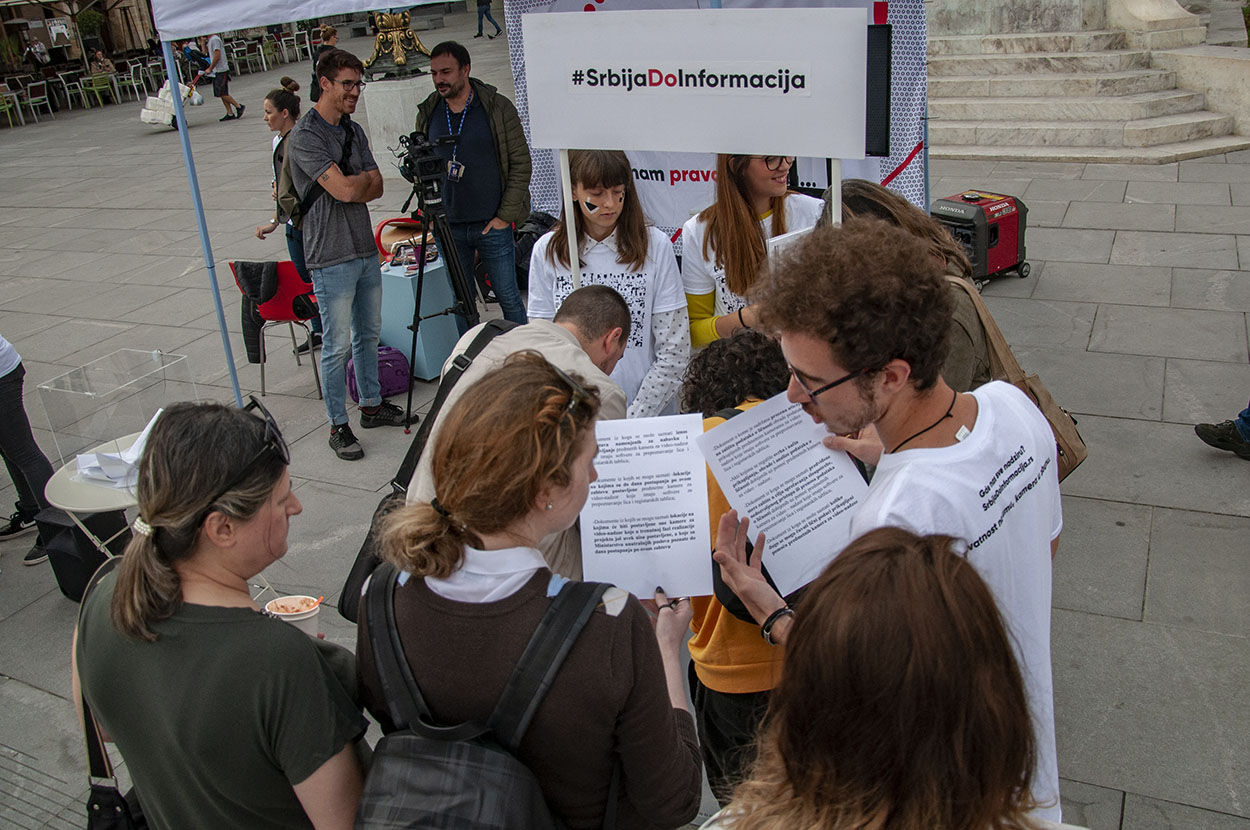 At the street action “We have the right to know: Where are we all being monitored?”, the Belgraders sent more than 200 requests to the Ministry of Interior, asking which locations were covered by the identity recognition system, how much funding was allocated for video surveillance equipment and which method of surveillance proved to be expedient. The action was organised by the CRTA within the campaign “Serbia in Quest for Information“.

Citizens of Belgrade had the opportunity to seek information from the Ministry of Interior and to find out whether the identity recognition system jeopardies their privacy.

According to an announcement by the Ministry of Interior, identity recognition video surveillance comprising 1,000 cameras in 800 locations across Belgrade is planned over the next two years, and the cameras will use Huawei technology. So far, 100 high-definition video cameras have been installed in more than 60 key locations during the first phase of the project. 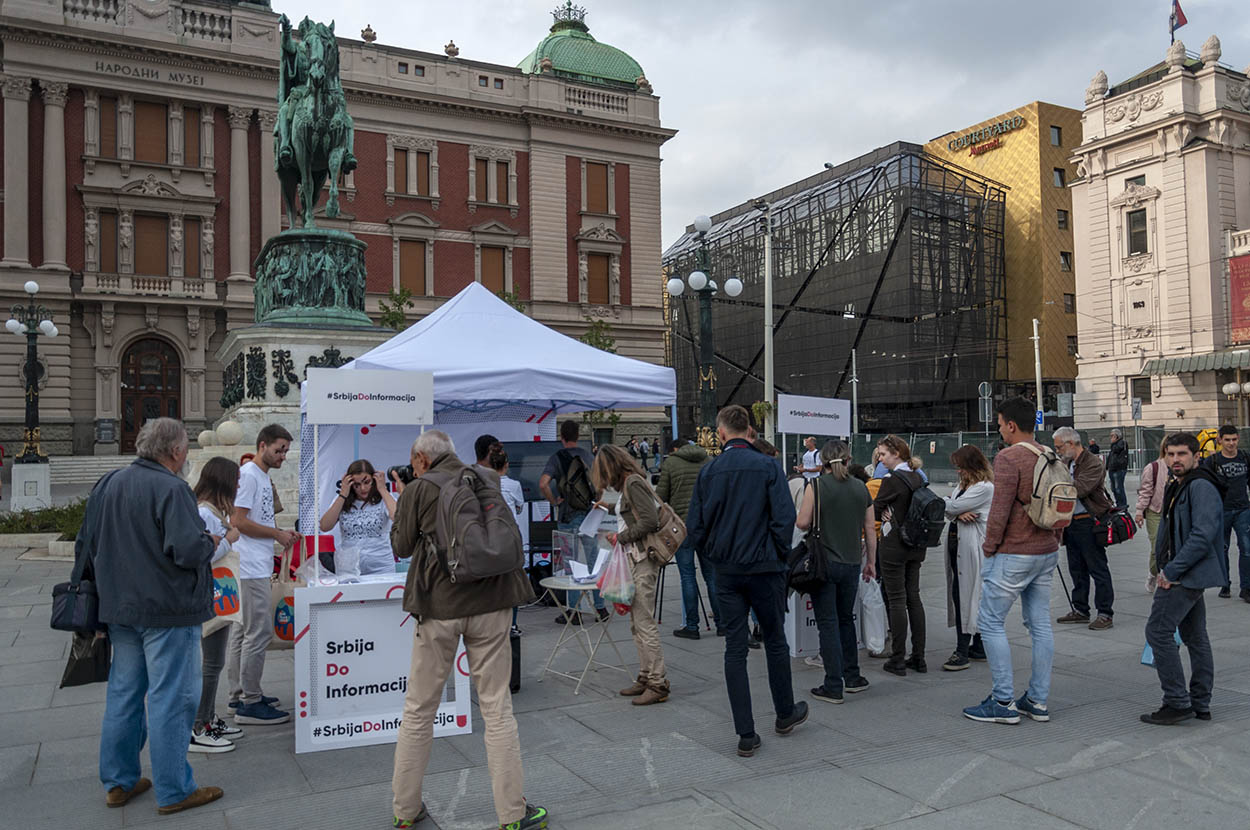 “Within the frame of the “Serbia in Quest for Information“   campaign, we would like to emphasise the importance of the Law on Free Access to Information of Public Importance and to incite citizens to consciously exercise their right to know and demand information regarding the work of public authorities. The today’s street action is an opportunity for Belgraders to obtain answers about the video surveillance installed in their city which has the incorporated identity recognition system. As for now, we do not know how much the system cost nor what happens later with the video material. The public has the right to know which acts regulate the purpose and the method of gathering and processing of personal data acquired by video-cameras. If the Ministry of Interior does not respond, we will request help from the Commissioner for Information of Public Importance and Personal Data Protection“, said Ivana Markulić from the CRTA.

Similar activities within the campaign “Serbia in Quest for Information“ were organised in Valjevo,  Kragujevac, Užice, Sombor, Prijepolje, Smederev and other towns throughout the country. 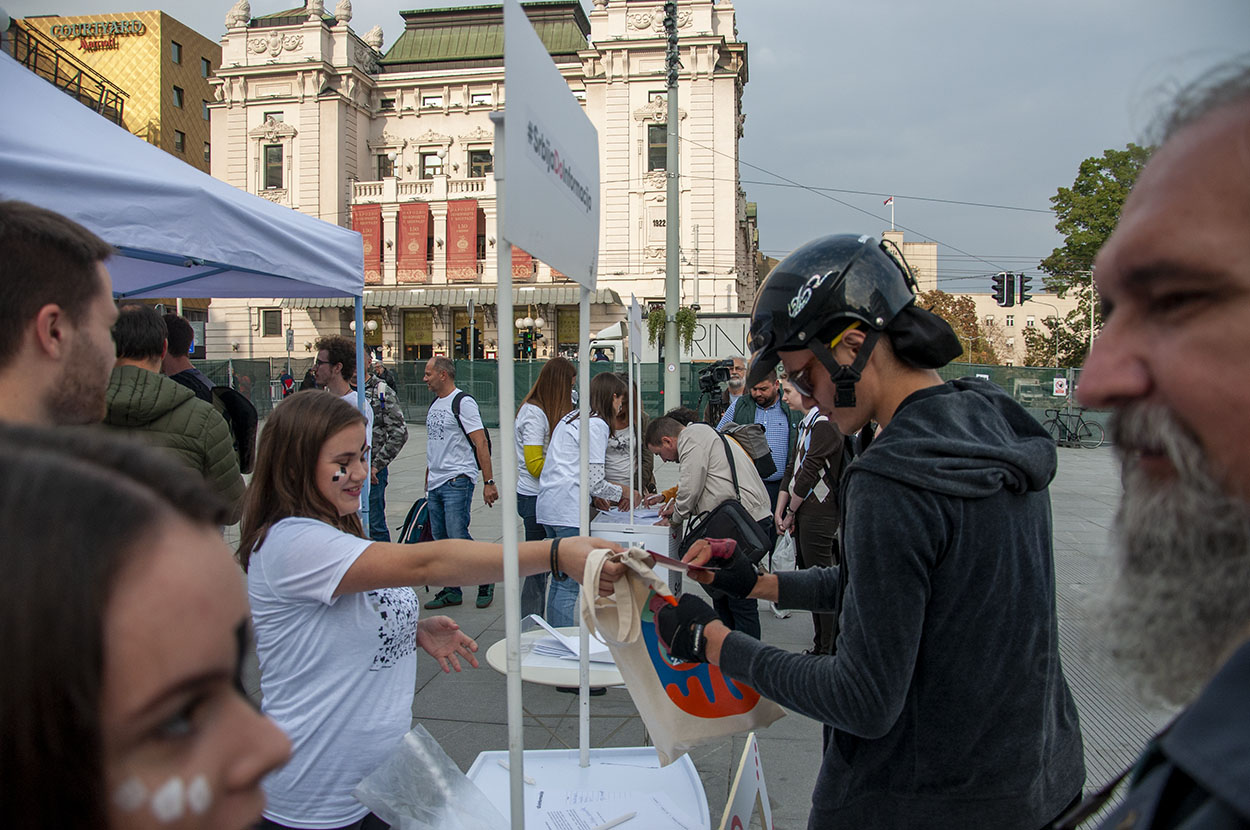