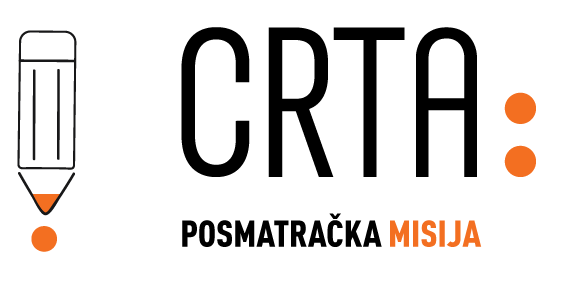 The Agreement on Improving the Conditions for Conducting Elections (the Agreement) and the accompanying conclusion, resulting from an inter-party dialogue conducted under the auspices of the Speaker of the National Assembly (without the mediation of the European Parliament), provide for significant changes in the electoral process, just three months before the start of the election campaign for the scheduled regular presidential and Belgrade elections and the early parliamentary elections in 2022.

Neither this Agreement nor the proposed measures created in the inter-party dialogue mediated by the European Parliament recognize or adequately address the key issues with the election process that have been pointed out by international and domestic observers. Namely, pressure on voters, official campaigns, and equal representation of election participants in the media.

The Agreement does provide measures that can generally be assessed as positive and in line with certain ODIHR recommendations – such as improving the transparency of the election process, submitting financial reports before election day, and familiarizing voters with the Unified Voters Register procedure. However, CRTA assesses that the overall improvement of the quality of elections in Serbia that would result from these measures is limited.

The most worrying fact is that the implementation of the Agreement would repeat the bad practice that marked the 2020 elections. Contrary to international standards, just before the next elections were announced, the Agreement proposed changes in the rules of the electoral system, as well as radical changes in the electoral process that we have been accustomed to for the past 30 years. The Agreement primarily addresses the establishment of a “middle level” in the election administration, which the ODIHR does cite in its recommendations, but not as a priority. The announced changes affect the way elections are organized and conducted, which requires significant time for the preparation, implementation, and education of voters and participants in the elections. There was no time for this before the elections were called. The key problem that would arise from the hasty introduction of further complexity into the election administration and the establishment of its new powers, is the uncertainty of the course and outcome of the election process. The time needed to announce the final election results could also be significantly extended. The protection of the right to vote would become more inaccessible for voters by applying this Agreement than it was before, and by applying measures related to the Unified Voters’ List, space would be opened for the misuse of personal data of citizens.

Given all this, the Agreement does not contribute to the protection of the public interest or the rights of citizens and all participants in the election process. The potential improvements in electoral conditions that it could lead to are very limited in scope. The complexity of the envisaged intervention in the entire electoral process could, due to the absence of time, cause confusion among election participants.

The implementation of the proposed solutions implies changes in important election laws. This is justified for certain measures, but legal changes aimed at temporary measures – i.e., only for the forthcoming elections – can lead to problems of legal uncertainty and unpredictability for future election cycles.

Finally, the Agreement is a political document that only indicates the path that the signatories want to follow, and the lack of precision in the agreed measures leaves room for different interpretations. As such, the full effects of the measures cannot be entirely predicted before they are implemented.

The summary of key findings is available here.

Apply for the School of Independent Election Observation