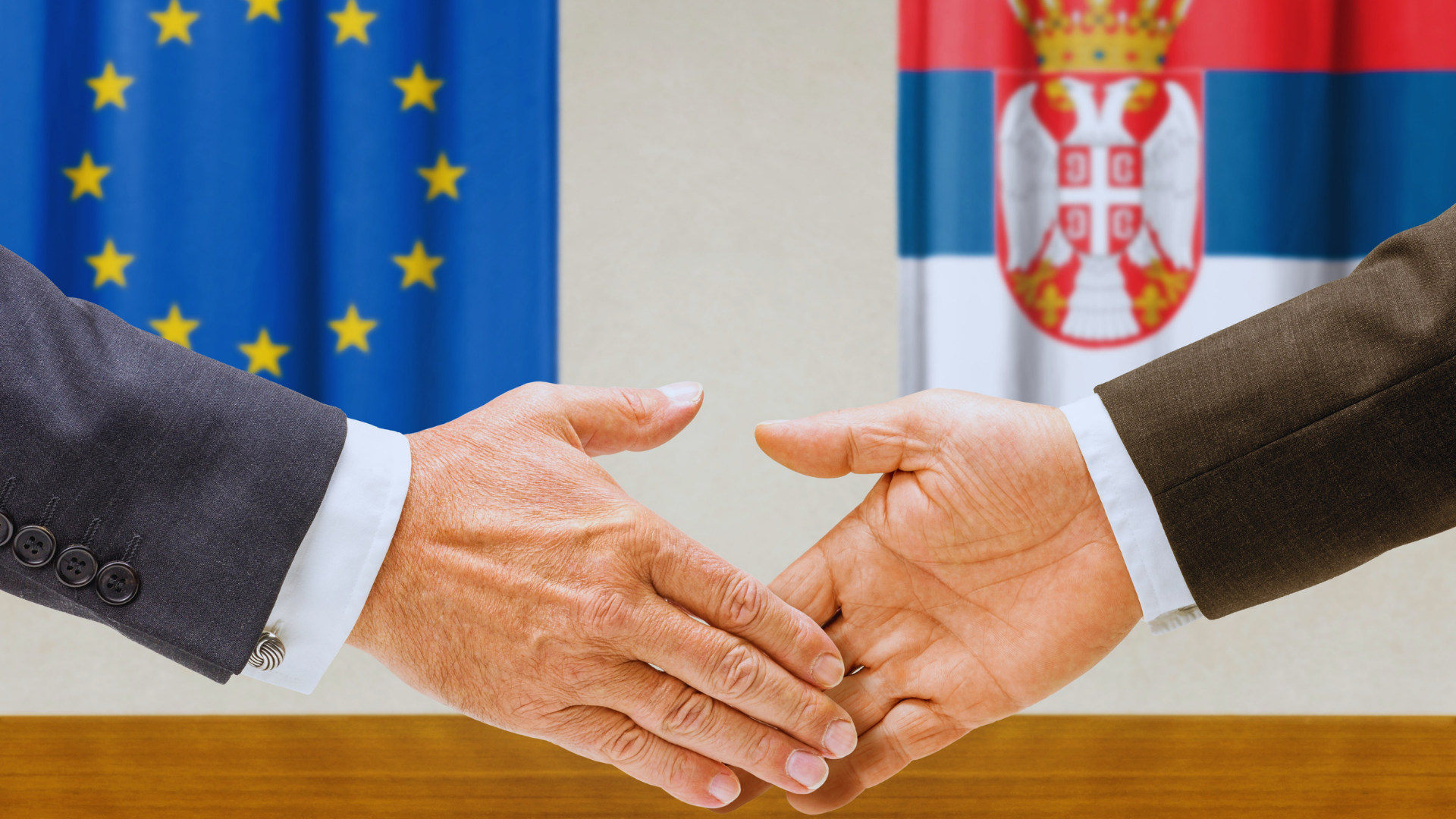 While domestic officials talk about the “best” report about Serbia from the European Commission (EC) in recent years, the text of the report contains a significant number of criticisms from the EU regarding the democratic capacities of Serbia’s institutions.

“This is by far the best EU report on Serbia’s progress in recent years, and progress has been registered in almost every area,” reported Serbian Prime Minister Ana Brnabić on the occasion of the EC’s latest report on Serbia’s progress in the EU accession process. The text sent to Serbia by the EC was interpreted by the Prime Minister as “a political message to our country that we have done a lot in terms of the rule of law”, and that “for the first time since 2016, we have made progress in the field of media freedom”.

The report’s conclusions do leave more room for the EC’s findings to be interpreted “more favourably” than previously, as this report contains more optimistic messages than previous reports in recent years. It includes a recommendation to open two new clusters in the accession negotiations (competition and inclusive growth and the green agenda). The situation described, however, indicates changes that occur more on paper than in practice.

In fact, behind the EC’s green light to “unlock” the process of Serbia’s accession to the European Union after two years, there are sharp, worrying criticisms about the functioning of Serbia’s democracy and the rule of law. Some of these assessments have been repeated word for word from previous reports, while others are even harsher. This reveals significant internal weaknesses that have not been overcome, or have even deepened over the years.

Democracy and the rule of law – in principle, nothing new

For the third year in a row, the EC points out that political life in Serbia is marked by significant polarization. During parliamentary debates, “inflammatory speech” was used against political opponents and other dissidents, including attacks by the ruling coalition on civil society and the media.

When it comes to the rule of law, which domestic officials cite as an example of significant progress, the report shows in several places that there has been hardly any real progress in practice. Moreover, the reports from 2018 and 2019 state that “some progress” was made in the area of ​​justice, while in 2020 there was no progress. Serbia has actually achieved “Limited progress”, as defined in this year’s report, in some areas by adopting numerous regulations and organizing public debates. For example, strengthening the independence of the judiciary through changes to the Constitution is an activity that has been delayed for years. After this process was suddenly accelerated in 2021, it became one of the reasons for the EC to note limited progress in the area of ​​rule of law.

However, in reality, the EC is harsher in its assessment of the independence of the judiciary than in previous years, by pointing out for the first time the mechanism of political influence, in which both official institutions and pro-government media play a part. The report shows that pressures on the judiciary remain strong, while it points out for the first time that there is a notable level of coherence in messages issued by the mainstream media, tabloids, the government and the Parliament when it comes to offensive campaigns and attacks on judges and prosecutors. The report states the following: “Statements regarding on-going cases and seemingly coordinated insulting campaigns and attacks against judges and prosecutors continued in mainstream media and tabloids, but worryingly also from government and in the Parliament, including during debates on judicial elections. Members of Parliament negatively influenced the public opinion and trust in judiciary and individual judges.”

Chronic shortcomings in the domain of the rule of law are also illustrated within the economic criteria. The EC points out that the role of the state in the economy remains strong, and that the private sector is underdeveloped and burdened by “weaknesses in the rule of law, especially in terms of corruption and inefficiency of the judiciary”, as well as ensuring fair competition.

Attacks on journalists and a code of conduct without implementation

In reference to the EC report, Prime Minister Brnabić particularly emphasized the freedom of the media, in which, as she put it, progress was made for the first time since 2016. The report, on the other hand, in the very same paragraph that mentions the progress made, points to several burning issues. So, the supposed progress is, at the very least, selective: “Regarding freedom of expression, limited progress was made by adopting and starting to implement a limited number of measures under the action plan related to the media strategy. However, verbal attacks against journalists by high-level officials continued and cases of threats and violence remain a concern.”

Part of the report is dedicated to the work of the Parliament, and pays special attention to the adoption of the Code of Conduct for MPs. The report criticises that fact that the Code was adopted through an urgent procedure, without consulting relevant international organizations or the public. It also states that key problems still persist, despite the newly adopted document: “However, inflammatory language against political opponents and representatives of other institutions expressing diverging political views was still used during parliamentary debates.” To address this, the report repeatedly points out that a more effective and efficient application of the Code is necessary, in order to finally stop the use of inadmissible rhetoric in the Serbian Parliament.

When it comes to elections, this year’s EC report mostly focused on electoral conditions and the Inter-party dialogue (IPD). It was reiterated that it is necessary for Serbia to fulfil and implement all 9 priority recommendations of the OSCE Office for Democracy and Human Rights (ODIHR) in an inclusive and transparent manner, well before the announced elections in 2022. Let us remind you that in the official analysis conducted in 2020, the ODIHR stated that the Government of Serbia did not completely implement any of the recommendations, while 6 of them were “partially” implemented, and only 2 were “mostly” implemented. The EC report states that Serbia has started addressing these recommendations, and that the OSCE/ODIHR Working Group has been working on amendments to several election laws, but that some shortcomings remain: “Among other issues, the campaign finance regulatory framework still does not ensure transparency of campaign finance and the effectiveness of oversight.”

Limited progress or a decade of undermining democracy?

The EC’s annual reports can be interpreted from different angles, but at the end of the day, they are political documents addressed to countries in the process of accession negotiations. The EC methodology is therefore specific, indicating progress, stagnation or setback, in some precisely defined areas. In contrast, the real situation on the ground in terms of Serbia’s democratic capacities can easily be determined in every domain of socio-political life. As we recently concluded in CRTA’s comprehensive analysis of the quality of democracy in Serbia over the last ten years, although Serbia has the formal characteristics of a democracy, it has ceased to be one in practice over the past decade and today does not meet the requirements to be deemed a democratic society.

Therefore, it can more likely be concluded that this year’s EC report left open more possibilities for “favourable” interpretations compared to previous years’ reports, than that significant progress in reforms took place in the reporting period. On the contrary, warning assessments are repeated from year to year, with few concrete (and no substantial) results or steps towards reforms, except for the improvement of the legal framework, which is in practice barely respected. In that sense, if we leave aside the more positive interpretations chosen by domestic officials, it is clear that the message sent to Serbia, especially from the point of view of the standards attained so far and the quality of life of Serbia’s citizens, cannot objectively be regarded as worthy of praise.