It is necessary for all participants in the electoral process to respect already existing laws and by-laws, as it would significantly improve the media image in Serbia during the election campaign. At the same time, there is a significant number of recommendations for amending or supplementing legal acts or adopting by-laws by the Regulatory Authority for Electronic Media (REM), which would improve the work of the media during the election campaign. This document covers both categories of proposals. 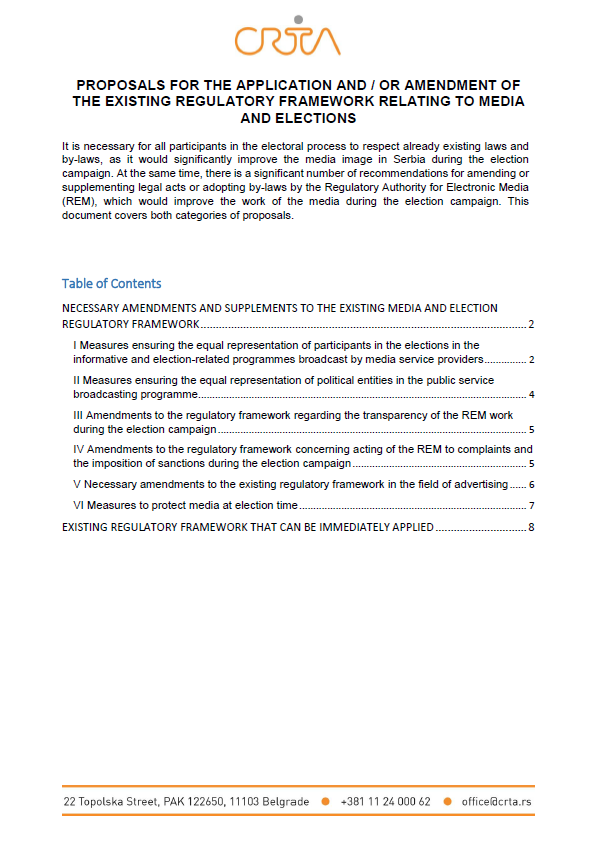