The CRTA Observation Mission has begun long-term monitoring of the pre-election period in Serbia, in accordance with international standards for independent civic election observation. Since mid-October 2019, the monitoring team has been systematically gathering information about reporting on all political actors by media with national frequencies in the extended prime-time. Since February 10th, 2020, 120 long-term CRTA observers have been deployed to monitor key elements of the election campaign for MPs, including the period before the calling of the elections, in the territory of the entire country. 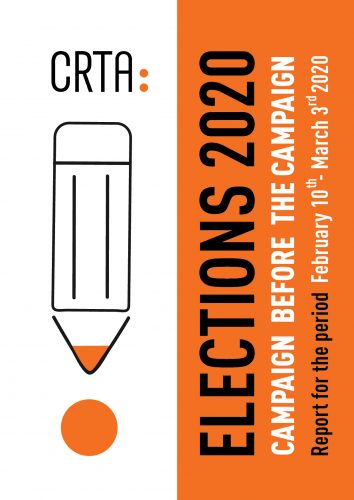