Elections for MPs of the 12th convocation of the National Assembly of the Republic of Serbia were held on June 21st, 2020. In addition to the regular parliamentary elections, regular provincial elections were held on the same day, as well as elections for local assemblies in 154 cities and municipalities in Serbia. The CRTA observation mission, as a non-partisan and independent national observer, monitored the entire course of the parliamentary elections, pre-election period, the Election Day and post-election period, until the announcement of the final election results, while local and provincial elections were not observed. 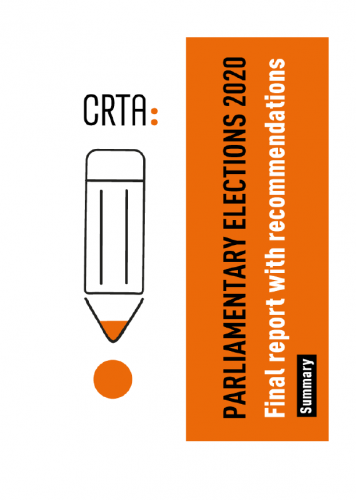