The heated debate on algorithms which are part of the software used by the state and strongly influence citizens’ lives is present in Western countries, but it has not yet reached the same level in Central and Eastern Europe. This does not mean that automated decision processes do not exist in these regions. The report alGOVrithms – the State of Play is the result of collaborative research that surveyed existing practices and has found a significant number of algorithms that may be qualified as a part of automated decision making in these countries. This report consists of data and analysis gathered by researchers from ePaństwo Foundation (Poland), KohoVolit.eu (Czechia and Slovakia), IDFI (Georgia), K-Monitor (Hungary) and CRTA between November 2018 and April 2019. Together with the report, we are presenting policy recommendations for decision makers, which are available in Serbian and English. 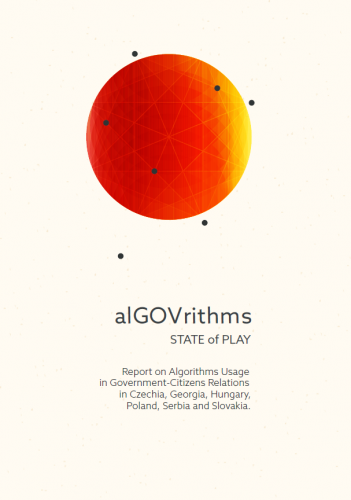