Opening of polling stations mainly in accordance with established procedures 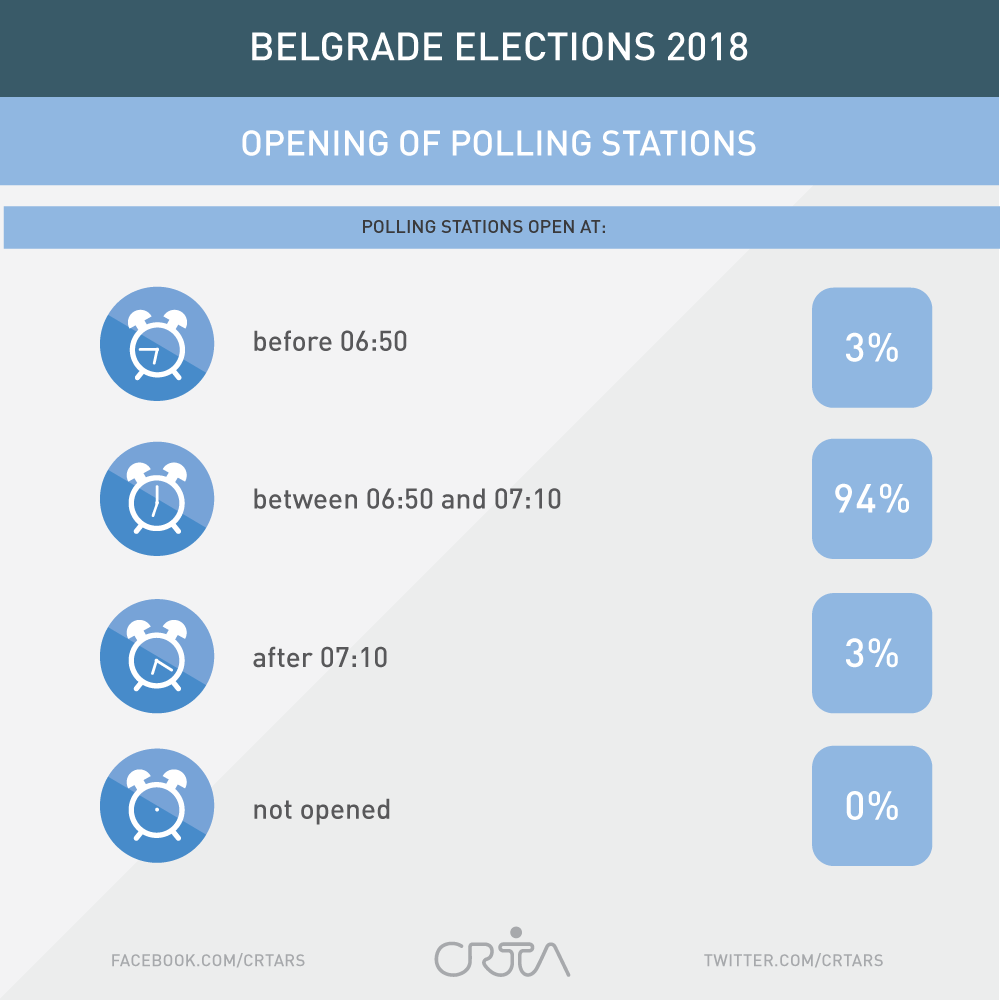 The opening of polling stations for the Belgrade City Council elections went mainly in accordance with established procedures, the CRTA election observation mission stated. A total of 1.606.931 citizens has the right to vote in Belgrade elections. 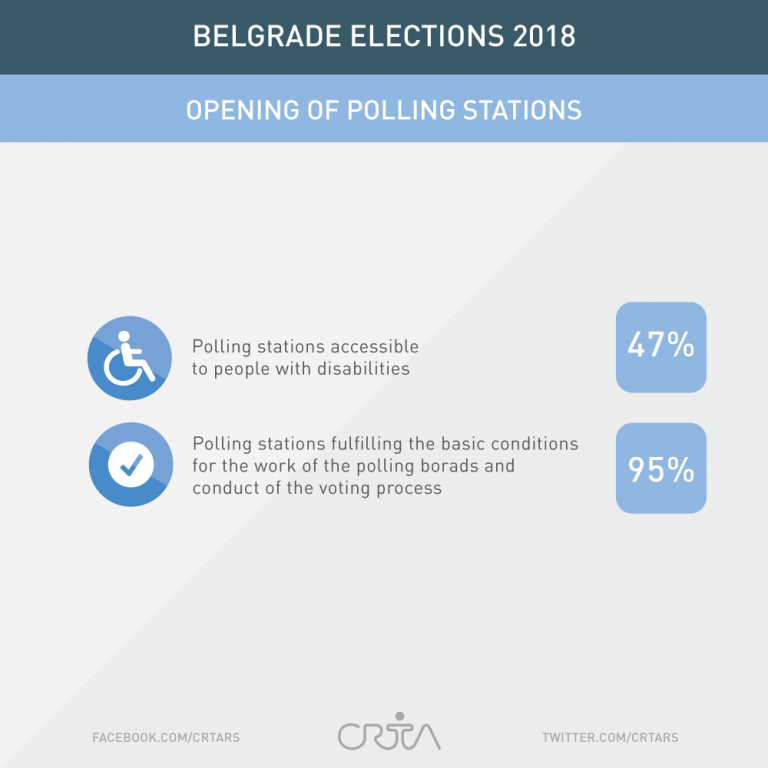 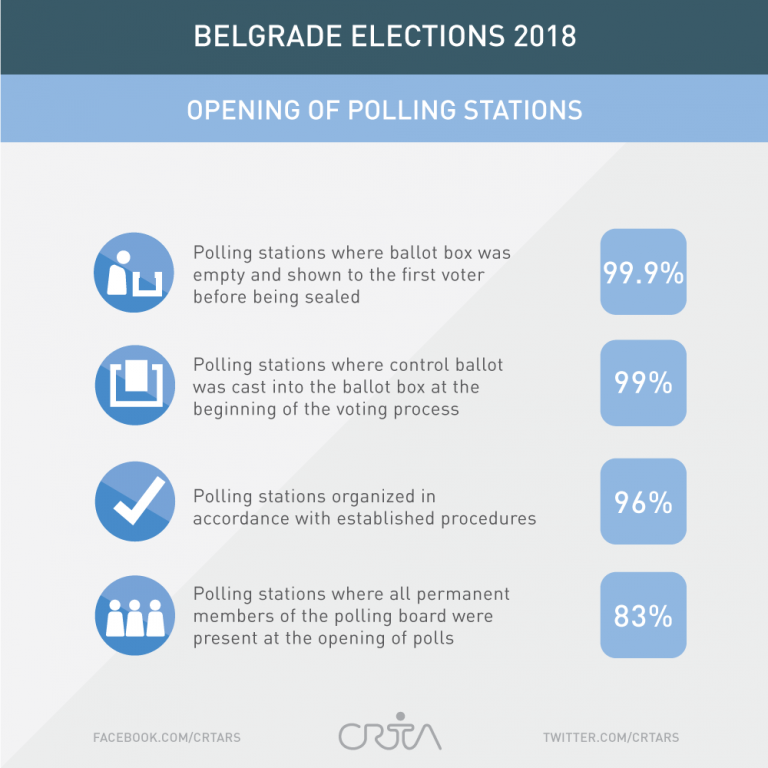 All permanent members of polling boards were present at the opening of polls at 83 percent of polling stations.

Irregularities recorded so far included isolated incidents that cannot be considered a trend.

CRTA election observation mission will issue the next public statement at 12 pm. You may follow the conference live at the website CRTA.rs or at the Facebook page CRTA.rs.