Audit of political engagement in Serbia 2017

The aim of this audit was to determine the level of the Serbian citizens’ readiness to participate in democratic processes, that imply a series of different forms of citizen participation – from voting at the elections to initiating concrete campaigns; and to monitor the changes in the degree of participation in time. The results of the audit conducted in 2017 show that the general trend of positive changes noted in the previous year had ceased. The most noticeable negative trend was observed in the confidence of citizens that their own engagement can change things, whereas the most striking positive trend was reported in terms of supporting democracy as the best political system for Serbia. 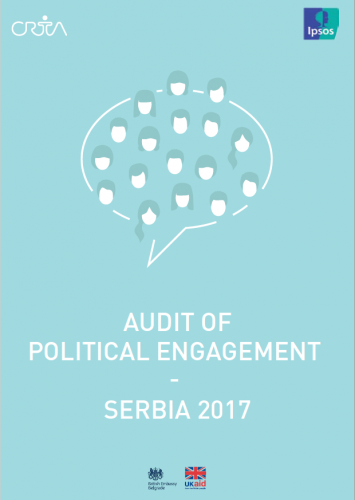