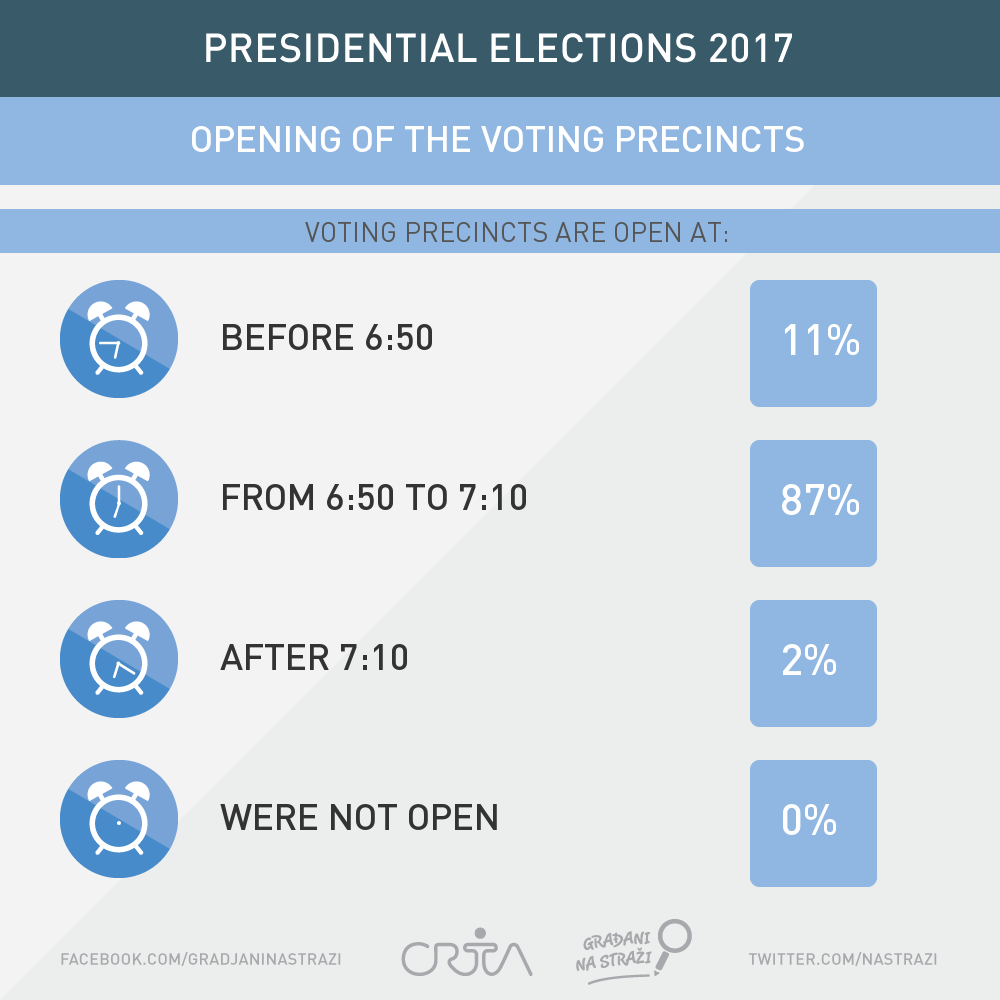 After more than 20 days, the City Electoral Commission (CEC) have not approved domestic observers to attend the CEC sessions and monitor the work of this electoral body. Even though the CEC confirmed that CRTA and CeSID fulfilled legal requirements as domestic observers on January 17th 2018, the CEC did not provide written authorization to monitor CEC sessions. CEC did not included in the agenda requests for monitoring the work of electoral bodies submitted by the Lawyers’ Committee for Human Rights (YUCOM) and Citizens on Watch for more than few weeks.

Since February 14th the CEC held 16 sessions without the presence of election observers. Monitoring the work of electoral bodies during the election process and the performance of polling boards during the election day by the independent domestic observation missions represent key democratic standard, and OSCE member states accepted the obligation to enable uninterrupted work of independent observation missions.

Restricting domestic observers to monitor the work of election administration seriously undermines the transparency of the election process. Presence and activities of all interested domestic and international independent observers is important characteristic of free and democratic elections and a good practice example in all democratic countries. Also, enabling conditions for non-partisan election observation is an obligation that Serbia should respect as a member of OSCE and a signatory of the ODIHR’s 1990 Copenhagen Document. International standards for non-partisan election observation by the civil society include the monitoring of the entire electoral process – election campaign, the Election Day and period following the elections until the official announcement of the election results, and the work of election administration – in this case the CEC.

In previous parliamentary and presidential elections the Republic Electoral Commission issued authorization for monitoring the work of the Commission to domestic observers within the shortest deadline, which contributed to transparency of the overall election process.

CRTA, CeSID and YUCOM have extensive experience in monitoring of the election process and work of election administration. Findings and recommendations for improvements of election processes are in accordance with findings and recommendations of the OSCE/ODHIR international observation mission. CRTA and CeSID are members of the European Network of Election Monitoring Organizations (ENEMO).