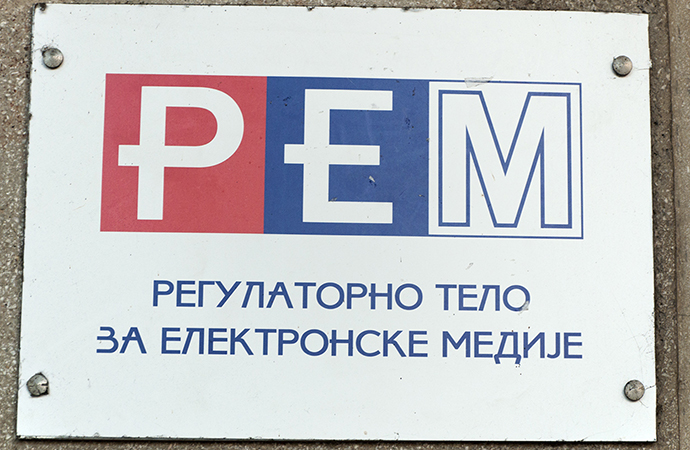 The last time the Regulatory Authority for Electronic Media (REM) has published its election media monitoring was 2014 parliamentary elections. Since then, domestic and international election observers have advocated that REM regains its institutional role in ensuring equal media representation without discrimination, required by the Law on Electronic Media. However, the first results of the REM 2020 election media monitoring contradicted the findings of all credible media monitoring done by civil society, and were met with mistrust in public.

Our analysis of the election monitoring conducted by the REM finds four key aspects which raise concern and that might lead to biased results.

The bias in the REM’s monitoring, which stem from the non-transparent methodology, point to a worrying conclusion that the REM’s long awaited activity will not revive its full and meaningful role in the electoral process, and will continue to undermine the public trust in democratic institutions.

Electronic media in Serbia, both public and commercial, are obliged by the Article 47 of the the Law on Electronic Media (the Law) to enable equal media representation without discrimination to all political parties, coalitions and candidates in the election campaign. The Article 60 sets out the regulatory authorities of the REM, providing it also with the authority to ensure that media respect their obligations deriving from Article 47 and to sanction Law breaches.

Media monitoring is a tool that enables REM to exercise these authorities. The following paragraphs explain in more detail the limitations of the REM’s media monitoring.

It is unclear how the REM conducted sampling of media which operate on cable, i.e. do not have the national frequency. For example, it is questionable why REM included Nova S, which is a new TV station, and did not include Pink3 which is exclusively a news channel.

REM monitors only actors in their electoral capacities (i.e. as the representatives of electoral lists) and not in their capacities as state officials, meaning that the REM does not pay attention to the public officials campaigning in the parts of the programme that is not being labeled as election. In other words, by deciding not to monitor the media reporting and appearances of state officials activities, the REM deliberately decided not to pay any attention to one of the burning issues in the elections in Serbia related to the lack of separation between the state and party activities.

The monitoring compares the content on televisions together with radio, as well as televisions with national frequencies with regional televisions, and, in turn, with cable TVs. Since these different media have different audiences, the representation of actors that appear on them cannot be directly compared.

The REM’s monitoring is focused on the election content contained in the specific programmes that are not equal in their amount and lenght across media. More precisely, REM directly compares election parts of the television programme (news, informative and special election shows) which make up unequal amounts of the overall programme on these televisions, thus comparing unequal portions devoted to such programmes across media. For example, one TV broadcasts 6 news along with 5 regular and special informative shows within a day, while the other one has 3 news and 2 regular and special informative shows. When measuring election-related content in this way, the TV with more news and informative shows will have more election content than the TV which forms its programme scheme around entertainment, and that does not fall under the scope of REM’s monitoring.

In its monitoring, the REM neglects the fact that one political actor could have two roles in media – the role of the subject and the role of the object. The distinction between these two roles should be crucial in understanding equal opportunities in media representation. When an actor is in the position to speak or make a presentation in the first person, as a subject, this kind of representation is different from the one when others (actors or journalists) are doing the presentation of the related actor, making it an object.

Along with the subject-object distinction, the tone of reporting has to be included in the assessment on the quality of equal media representation. For example, if one actor scores more seconds than others, this does not necessarily speak in favor of this actor, as it will make a difference in the actor’s representation if it is portrayed as a subject in a positive light or as an object in a negative light.

The entire monitoring of the REM is based on a two-pager “Plan for Monitoring Media Service Providers’ Programme during the Pre-Election Campaign for 2020 Republic, Provincial and Local Elections in the Republic of Serbia”. This paper states that the REM will conduct the monitoring but it does not say how. Many doubts would possibly be dispelled if the REM would explain the methodology it employs. In the absence of a clear overview of the methodology, whose main elements are not even elaborated in REM’s periodic quantitative reports, we are forced to analyse REM’s approach and interpret the results solely on the basis of the presentation provided by REM and the abovementioned REM’s plan that only outlines the 2020 media monitoring. The lack of transparency further contributes to undermining the public trust in the work of state institutions.

The activity which the REM exhibits for the 2020 parliamentary elections does not show any substantial improvement in comparison to the previous election cycle, when in 2017 it decided not to monitor the media or when in 2016 it did not publish the results of the media monitoring.

The inter-party dialogue on electoral conditions in 2019 failed to bring about any substantive improvements in guaranteeing equal media representation of political actors. Consensus has not been reached on any of the issues related to media representation among the participants of the dialogue with the aim of restoring REM’s role and full exercise of its authorities. Following the dialogue, REM implemented only partial and selective measures, while yet again failing to ensure full implementation of the law and sanction the breaches, in the situation where biased media reporting already causes great concerns.

The implementation of REM’s authorities in practice, through conducting and publishing media monitoring results, further confirms the lack of its meaningful role in the electoral process. The REM employs a non-transparent media monitoring approach with apparent biased results. It leaves behind a large number of media programmes whose content and guests influence the voters preferences, and avoids monitoring the media appearances and reporting on state officials’ activities. By choosing to position itself in this manner, the REM signals that it does not intend to tackle the burning issue of the lack of separation between the state and party activities.