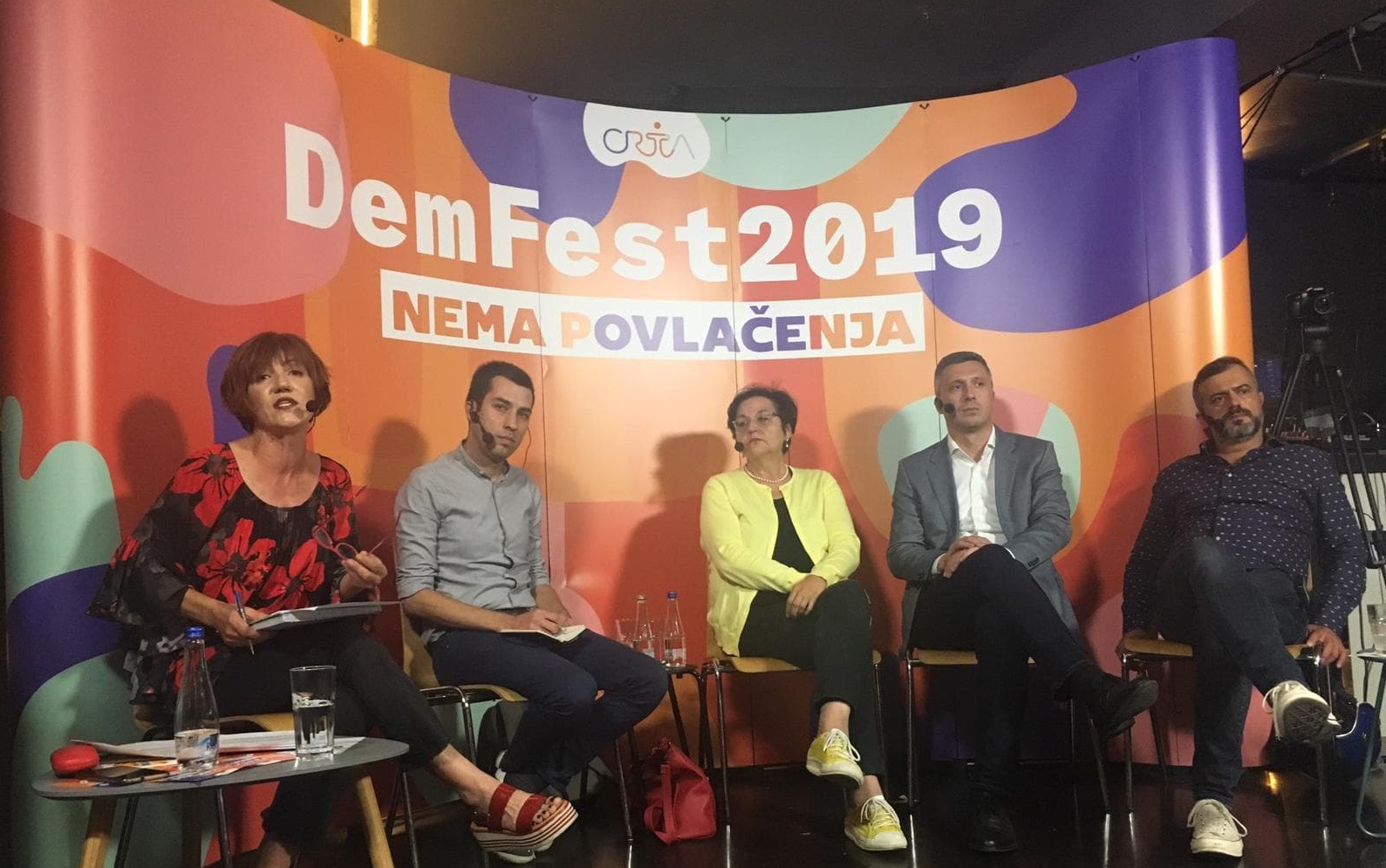 A boycott is not a goal, but a means of a civil struggle

“In order to meet the demands of the opposition and the demands of citizens to hold free and fair elections, one of the options is certainly a boycott, which is not the ultimate goal, but merely a means to the fulfilment of democratic values.“, is the conclusion of the debate “Serbia, the day after“ organised by the CRTA within Democracy Festival.

Participants to the discussion Gordana Čomić from the Democratic Party, Boško Obradović from the Serbian Movement Dveri, Sergej Trifunović, the President of the Movement of Free Citizens and Dobrica Veselinović from the Let’s Not Drown Belgrade initiative, agreed that if we wanted to change the current situation, it would be necessary to put pressure on all segments of society and the state system, and not only to the head of state, whereby the number of persons that would get out in the streets would represent the success of the boycott.

“We can only discuss the democratic procedure that led to the decision that the Democratic Party should not participate in the upcoming elections, but that decision will be implemented. Either you have free media and you also have a dialogue, or you have the knowledge and skills to engage in dialogue with the government and defeat them. You don’t sulk and leave the round table. And, of course, there is the option of knowing who your voters are and where they are, which requires discussions with them about how they see Serbia the day after”, pointed out Gordana Čomić.

Moreover, Čomić emphasised that we needed to understand that all values, such as the rule of law and democracy, are our homework and nobody else’s. We cannot expect that someone else appears and solves all our problems.

Trifunović pointed out that we must not engage in a tone adopted by the current government when addressing the citizens, because, if we did so, that we would stoop to their level. We need to understand that we won’t succeed unless we have a clear objective and the direction of boycott.

“Both the elections and the boycott are less important than our core goal which is to fight against this abnormal situation and the system we currently live in. If we go into a boycott, it is a boycott of the system, not of the elections. We want a comprehensive agreement on free and fair elections, involving between 6 and 12 months of free media and a transitional government. This is what we are looking for and if anyone wants to negotiate with us, we will be there. But without a mechanism to implement the elements we agree on, nothing can be achieved, because there must be a way of guaranteeing something by an agreement“, stated Boško Obradović.

Obradović added that multiple attempts and additional efforts of the Alliance for Serbia to fulfil their requests failed and that this was a proof that everything had already been destroyed and stultified by the government to the extent that we can only use non-institutional methods to start a fight and get out in the streets. 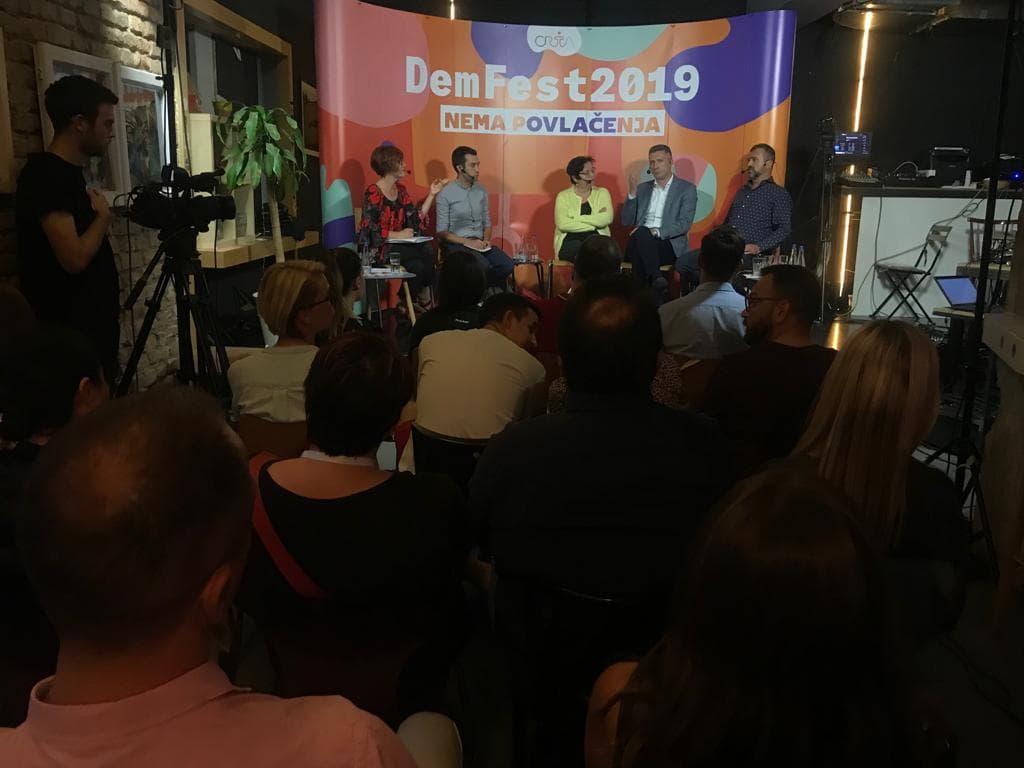 “I think we really need to talk about our care for the institutions and care for the only democratic instrument we have left, which are the elections. The boycott does not represent a fight with the ruling coalition, but rather a disregard for what has been taking hold of this society for several years, because all the time the system has been boycotting us. You do not have any debate on any essential issue of our society, nor a public debate in which the voice of the citizens can be heard, because there is no debate on state television media services. And locally, institutions and processes are meaningless. It’s not us who are destructive. Experience tells us that different views cannot be heard“, stated Dobrica Veselinović.

Veselinović concluded that the key was to organise citizens in their schools, buildings, kindergartens, and that the whole current system was made up of people who are our neighbours, with whom we needed to have a dialogue and find a common tone of conversation in order to overcome crisis situations.

Insufficient implementation of the recommendations of international and domestic election observers